Based in Charlotte, North Carolina, The Merancas Foundation is a private foundation guided by the belief that anyone who works hard should be able to make a decent living. The Foundation invests in local nonprofits that support those in crisis, provide pathways for adults to achieve self-sufficiency, and help children reach their greatest potential.

A community where individuals living in or near poverty are empowered to reach their greatest potential and have a meaningful life.

Impact the local community by investing in nonprofits that support those in crisis, provide pathways for adults to achieve self-sufficiency, and help children reach their greatest potential.

Compassion: Feeling of empathy, care or concern for others
Integrity: Acting in alignment with your deeply held values
Impact: Achieve lasting and positive change

The story of Anke and Casey Mermans is one of classic American immigration and strong work ethic. Born and raised in the ravages of World War II Europe, they saw and experienced the efforts it took to rebuild communities. Desiring more for themselves and their family, the couple immigrated to the United States in the late 1960s to join their friend, Bud Davis, in the establishment of a new photography venture. As immigrants, they experienced the challenges that new arrivals must overcome to assimilate in this country. They learned that hard work, innovation, and persistence can foster success. Photo Corporation of America (PCA) International launched in a single temporary studio and quickly became one of North Carolina’s fastest growing enterprises. 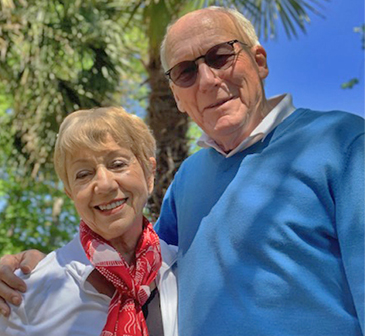 Photo Corporation of America (PCA) incorporated in Charlotte in May of 1967. The company employed a small group of itinerant photographers who set up shop inside a store for a few days at a time. In 1968, PCA operated its first test studio in a Kmart store in Detroit, Michigan. Photographers took portraits of 1,200 children within a five-day period. PCA quickly became the fastest growing company in North Carolina during the 1970s. The company was renowned for its cutting-edge technology, process innovations, and groundbreaking employee benefit programs. Headquartered in Matthews, North Carolina, PCA expanded internationally into Europe, Australia and Japan and employed as many as 7,500 people. The profits that Anke and Casey Mermans personally earned from this successful business venture became the underlying assets of the Merancas Foundation.

The Merancas Foundation was founded by Anke and Casey Mermans in 1989. The couple was bothered to see people work hard yet not be able to afford a basic living. They knew they could help make a difference in the lives of those in need. Guided by the principle that philanthropy should be an investment in our communities, The Merancas Foundation has sought out partners that can deliver services to deserving individuals and families. While we understand that the frameworks of poverty and opportunity are complex, we are committed to continue investing in our communities as long as we have the resources to do so. Please read our mission, vision, and values to understand how we plan to tackle these challenges going forward.